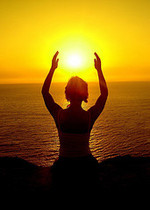 Please help save the children who have been affected by the Japan earthquake and tsunami!!

Join the Always-At-Aum yoga family as we perform a yoga mala.  The event will begin with a peace prayer sent to all four corners of the world followed by the completion of 108 Sun Salutations or seated meditation.

SAVE THE CHILDREN
~ ALL proceeds are going to charity ~

If you are unable to attend you can mail your donation to:

This event is being sponsored by the S.A.D.D group from the
WEST BABYLON HIGH SCHOOL

Who knew that after an hour and a half wait on line to take the ferry from NYC to The Statue of Liberty that we were not actually going to see her? You can go visit her national park which surrounds her but you cannot go up in her. Why not? because in order to do so you need a monument pass which you must register for at least 3 weeks in advance. On top of that, they sold me an audio tour pass which costs $20, instead of the regular pass (non audio) for $12, so that i could listen the history of The Statue of Liberty. Why would they sell me an audio pass without access to the actual tour? The information booth explained that the audio tour tells mini stories which you can follow as you walk around her. Are you serious? Maybe I’m ignorant for not reading the fine print or asking enough questions. But I’m blogging to my  readers today so that you too don’t have to make the same mistake as I do.  I went on a Saturday around 1:00PM, which is a high traffic time, so i wouldn’t suggest going at that time.  It’s worth waking up extra early and going on the first boat out.  Please leave a message about your visit to The Statue of Liberty, especially if you have been inside.  Is it worth it to make a reservation in advance and go inside of The State of Liberty?

A place where everyone gets together and shares their green ideas and products. The GreenFest took place on Saturday July 24th and Sunday July 25th at The Strawberry Fields Fairgrounds on Route 48 in Mattituck, NY 11952.  The place was filled with a solar powered stage where a great band was playing. People were dancing and enjoying themselves. There was food being served and fresh lemonade, someone was actually squeezing the lemons right in front of you. Can’t get any fresher than that! It was perfect though because the weather was hot sticky and humid. It was almost 100 degrees out. There were about fifty or so exhibitors.  A lot of booths had clothes, jewelry, sunglasses and the usual. There were a lot of green companies like solar power, solar thermal, solar tools.  We talked to a bunch of booths.  We liked the solar company that was powering smoothies. We were particularly fond of the women who was having people sign a petition to have solar panels made in The United States, apposed to being made in China.  This will be a great thing because it would open up more jobs, and boost our economy.

Does anyone know of any green events going on on Long Island?

One of my favorite things to do is network.  What can be better than gathering with a bunch of strangers that all have the same thing in common?  Networking provides opportunity for career development because you have the chance to meet new people that are usually in the same field as you.  If you’re fearful about networking I have some tips for you to prepare because living life in fear is not really living at all.

1) Do your homework. Most of the time the networking event will contain an agenda, which you may find on their website. Read this as a way to prepare.
2) Dress how you want to be treated.
3) Ask questions, people love to talk about themselves.
4) Bring business cards and maybe even a resume.
5) Read the newspaper the day of because current events are a good way to break the ice.
6) Bring gum, mints, and floss.

Well for all you computer geeks out there, your gonna want to continue reading about the event I attended last night.  You would have enjoyed last nights networking event. Last night I went to a networking event hosted by Daniweb. What is Daniweb? It’s a discussion board about computer programming. The event was in NYC and due to the awful rain we had last night, it took us 2 ½ hours from LI to get there. The drive was definitely worth it though. When I got there Dani, the host, gave us the warmest welcome ever, and the night just got better from that moment on.
It was set up like this. There were ten tables with about ten people at each one, and they were all labeled by different topics. Some of the topics included Internet Marketing, Software Programming, and Rich Media. We were late so we just found any three empty seats and sat in them. We also had already missed the appetizer, but we made it in time for dinner, thank goodness because I was starving. We met some really cool people and exchanged ideas, and information. There was a free raffle going on and they were giving away prizes every half hour, that was a good trick to get people to stay longer. The ipad that they were raffling away was something that made me want to stay all night, but I had to leave at eleven because I had work in the morning. Boo.
The event really inspired me. I met some really interesting folks, ate free food, got a free t-shirt courtesy of daniweb, and even I even danced. This was def a legit networking party and I hope Dani throws another one soon.

Yes, finally the most lit up place in the world is finally making changes and going green.  All those lights look fabulous in NYC but they are also causing a very expensive electric bill, and they are polluting the earth.

Ricoh Americas Corporation is the first company ever to launch a 100% solar and wind powered billboard in Times Square NYC. It is located right on the corner of 7th avenue and 42nd St.  A special ceremony to celebrate the Eco Board will take place June 8, 2010 in NYC Time Square.

How? It is powered by 62 solar panels and 24 thin-film PV solar modules, and illuminated by 16 LED floodlights. The Ricoh Eco Board is 47 feet high by 126 feet long.

What does Ricoh do? They are a provider of digital office equipment and advanced document management solutions and services.

Where: Suffolk Community College’s Sports and Exhibition Center. (Take the LIE to exit 53)

Cost: FREE if your register before May 25th at  hia-li.org/tradeshow2010 If you don’t register than its only $10.

WHY GO? This is a great opportunity to network with Long Island businesses and meet new customers and prospects. Plus, they will be focusing on Green Jobs!

Who will be in Time Square?

April 19th -24th there will be a week long exhibit in Vanderbilt Hall, Grand Central Terminal.

April 23-24th Grand Central Terminal there will be a big party of art, music and the environment on Vanderbilt Ave. There will be a huge exhibit area showing green businesses and organic foods.  Environmental groups will have interactive displays that not only educate, but provide an opportunity to take positive action. Also there will be surprise musical entertainment guest.

Just got back home from NYC. I went to the Jacob Javitz Center for the NY International Auto Show. If your taking the LIRR you can get a discount if you buy your train ticket and ticket to the show together. You will save about $6. How was the show? It was really great, and it’s going on till April 11th, so I would definitely make time to go especially if you have never been before. There was so much too see and so many people were there. Make sure you are wearing comfortable shoes because you will be doing a lot of walking. I was very impressed by Ford. I don’t even like hatchback cars, but the new 2011 Ford Focus hatchback is really cool and it comes in this gorgeous cherry red color. They also had a new car model they were showcasing called the Ford Fiesta. What a catchy name for a car, and it was cute. I also really liked Mitsubishi’s 2011 Outlander Sport. Why? Only because it came in the prettiest color ever, which i would describe as a light turquoise. The car that has my heart is the Audi A4, in white. It fits me perfectly, like my favorite pair of jeans. If I had more time there i would have waited online for a ride in the Jeep. They were taking people on a ride through a mini obstacle course to show how the Jeep can drive through anything. What was your favorite car at the NY Auto Show??